To honour National Truth and Reconciliation Day/Orange Shirt Day, the Brantford Public Library will screen a short film, looped between 12:00 pm and 4:00 pm in the 2nd-floor open space area. Light refreshments will be offered as supplies last.

More about the film:
As the Chair of the Truth and Reconciliation Commission, Senator Murray Sinclair was a key figure in raising global awareness of the atrocities of Canada’s residential school system. With determination, wisdom and kindness, Senator Sinclair remains steadfast in his belief that the path to actual reconciliation between Indigenous and non-Indigenous people requires understanding and accepting often difficult truths about Canada’s past and present. Alanis Obomsawin shares the powerful speech the Senator gave when he accepted the WFM-Canada World Peace Award, interspersing the heartbreaking testimonies of former students imprisoned at residential schools. The honouring of Senator Sinclair reminds us to honour the lives and legacies of the tens of thousands of Indigenous children taken from their homes and cultures, and leaves us with a profound feeling of hope for a better future.

Thanks to the National Film Board of Canada for making this film available. 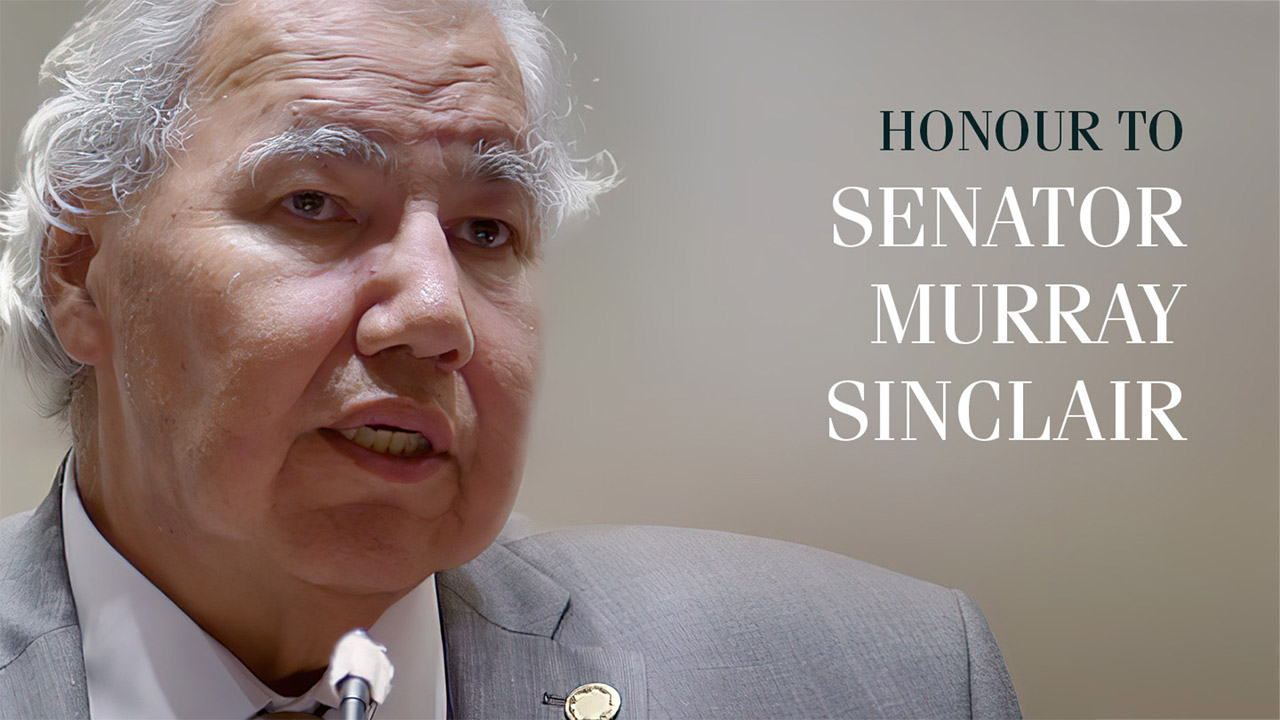